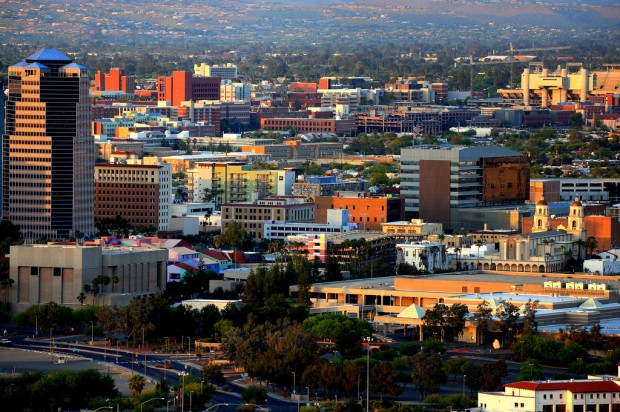 Places to see in Tucson

Things to do in Tucson

Approximately two-hour’s drive south of Phoenix, Tucson offers slightly cooler temperatures as well as excellent restaurants, shops, and museums. Besides a few small towns, and truck stops, there aren’t many places to see along the way to Tucson. To get to Tucson, simply head south on I-10, and-you’re there after about 2 hours.

On the way to Tucson

There’s a few sights on the way in case you are interested such as Picacho Peak, site of the only Civil War battle in Arizona (occurred on April 15, 1862). The park has an interesting event each spring where there is a Civil War re-enactment. It is somewhat popular, with over 200 re-enactors, and hundreds of spectators arriving each year.

What to do once you’re in Tucson

The Sonora Desert Museum is one of my favorite stops in Tucson.

Old Tucson Studios is an old and new television cowboy set that you can visit as a tourist. You could call it Arizona’s Hollywood as the set has been used in over 300 movies and television shows beginning in the 1930s and continuing today. In 1995 the entire studio burned down in a massive fire (cause unknown, but it could have been arson). The studio was reconstructed to its formal glory over the next decade.

There are some excellent coffee shops in Tucson – one of my favorites is Cartel Coffee Lab on Campbell Avenue and also Stella Java inside St. Mary’s Medical Plaza II.

The Pima Air & Space Museum is a must stop if you are interested in seeing old aircraft. They have more than 300 aircraft on-display both indoors, and outdoors. Some of their planes are really quite exceptional, such as the SR-71 Blackbird, and the B-52 bomber.

We’ve also assembled a list of things to do with kids in Tucson, which is here.